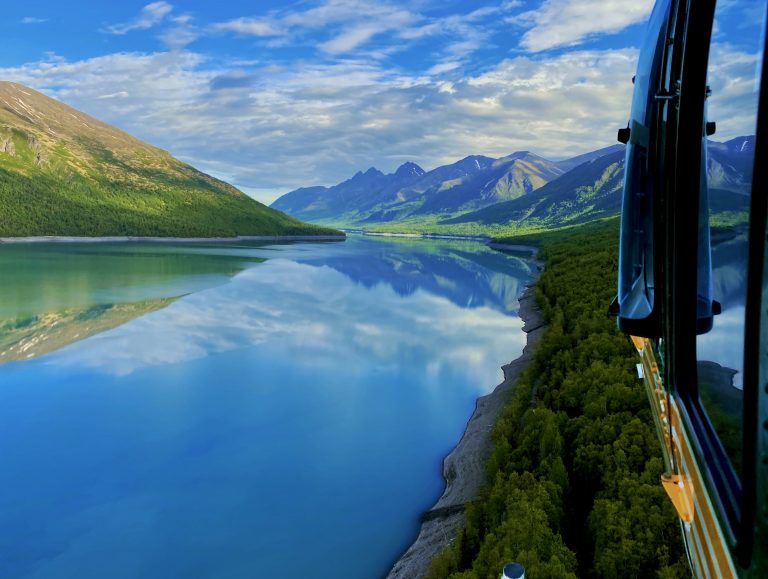 One of the exciting things about being a pioneer in the world of VR and Immersive Video is that we get some very interesting requests. Not only do we get to explore some interesting ideas on how to leverage these technologies, but sometimes we get the opportunity to utilize our decades of experience for projects that can impact entire communities.

The Eklutna River in Alaska has a long rich history.  Over the last 100 years, the river has literally been switched off and on several times disrupting the flow of the waterway but also thousands of lives in the villages downstream.  Alaskan utilities thought it would be a good idea to measure the impact the river has when it is flowing after years of being severely limited by a dam. As this waterway was diverted in 1929 to generate electricity and later to double as the main source of drinking water for Anchorage residents.

BigLook360 was engaged by its client Quantum Spatial as part of an effort to visually document the restored flow of the Eklutna River using video. They reached out to us to help create a solution to map the river and surrounding geography by employing 360 degree video while integrating GPS coordinates and other measurement analytics.

BigLook360 provided its proprietary 360° video mapping technology MapPro360™ to allow concerned entities to take a 360° visual aerial tour of the river while monitoring GPS coordinates, altitude, speed and other geospatial data along the way from their desktop computers or mobile devices.

BigLook360 used a customized 360° video camera and mounting system to capture spherical video by helicopter over the span of the Eklutna River and Lake. Then afterwards, editing and integrating the footage with the BigLook360 MapPro360™ web-based application.

The Eklutna River near Anchorage is now flowing continuously into Cook Inlet without a dam blocking its path for the first time in nearly a century. The Eklutna River and Lake is approximately 25 miles north east of Anchorage, AK.

For people from the Native Village of Eklutna near the river’s mouth 25 miles northeast of downtown Anchorage, the river’s rebirth was an important moment.  As this effort is part of a study by the utilities that will help determine if they should supply the river with water year-round, and if so, at what levels.

They want the 12-mile-long waterway permanently restored, along with the salmon their late elders once described as abundant. The studies are looking at potential fish habitat, landscape changes from the running river and other impact.

We are proud of our contribution to the Eklutna River studies because we understand that the insights and conclusions of this research will have an impact that spans generations.

Hey! Did you know BigLook 360 has been recognized as one of the Top Texas Video Production Companies by DesignRush?  Not only does BigLook360 offer industry leading VR technology solutions, we are also one of the premiere 360 video and VR production companies.  Reach out and let us bid on your next project.